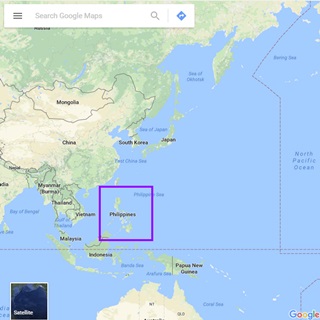 Over the past decade, the call center and outsourcing business has exploded in the Philippines.

In fact, the island nation in Southeast Asia has built a solid reputation for loyal remote workers.

Advantages of Virtual Assistants in the Philippines

The new technology combined with a young, educated, and ambitious workforce has made the Philippines a popular (and affordable) location for virtual assistants.

English is widely spoken, and I think you’ll find the culture is slightly more “Western” than that of India. Many workers are used to working with Americans from past careers in customer support call centers or other BPO operations.

Students grow up learning English in school, even though they may not use it in their home.

For these assistants, the opportunity to work with you could mean a life of greater freedom. It’s the chance to work from home, have some flexibility in terms of their hours, and probably earn more money.

Virtual or remote work is seen as a prestigious, sought-after, and maybe even envious career path.

Workers are loyal and polite, but sometimes slow to ask for help or clarification — sometimes to the point of disappearing without a trace. (Yes, it happens!)

And because of the time zone differences, you can essentially have a virtual assistant or assistants working while you sleep. Depending on your business, that could be a huge plus.

Drawbacks to Hiring Virtual Assistants in the Philippines

As in other developing countries, infrastructure problems can come up from time to time as tropical storms and brown outs knock out electricity and Internet access.

It’s never happened to me, but I’ve heard frequent stories of virtual assistants just “ghosting” their employers — going dark and not responding to any communication.

My understanding this is often out of an extreme cultural shyness or passiveness. It’s seen as better to avoid conflict altogether than to rock the boat.

For most Westerners, that’s incredibly frustrating and hard to comprehend. Like, if you have a question, just ask! If you’re going to be late on a project, say why! I hired you for a reason, and I’ll probably understand.

This issue underscores the importance of regular communication and insisting on an open door policy where questions and even failures are encouraged at the beginning of a relationship.

The Philippines is 13 hours ahead of Eastern Time and 16 hours ahead of Pacific time. That can make communication tricky if your assistant is working the day shift.

(The time zone is much closer to Australia, which makes Filipino outsourcing an even more popular choice for businesses there.)

This isn’t so much a drawback is it something to be aware of, but there’s a custom in the Philippines known as the 13th month.

What that means is workers essentially expect a “Christmas bonus” equal to a month’s salary in December. If you hire a dedicated freelance VA through a service like OnlineJobs, it would be considered very polite and appropriate to pay that bonus.

If you hire through a virtual assistant company, I wouldn’t worry about it.

Education May Not Be as Strong (and Ends Earlier)

College graduates in the Philippines are often 20 years old, instead of 22 or 23. And this may be personal experience, but I don’t think the education system is as strong as in Western countries.

For example, when I was recruiting web developers, college grads with programming degrees couldn’t complete basic test tasks or answer simple coding questions. Maybe they were just overstating their qualifications, but I found that frustrating.

And that brings up a best-practice: before you hire, try a few “trial tasks” as part of your interview process.

How Much Do Virtual Assistants in the Philippines Cost?

Through a virtual job board like OnlineJobs, you’ll find full-time workers for as little as $400 a month, which equates to $3 an hour or less.

Naturally, the more skilled the hire you’re looking for, the rates go up. But let’s put it this way: it’s a country where you can live VERY well on $1000-1500 a month. That $1500 would be at the very high end of the pay spectrum for a solo freelance VA.

If you hire through a virtual assistant company, you’ll often see rates in the range of $6-15 an hour.

And as you might expect when hiring through a company, the bigger the monthly package you sign up, the better your equivalent hourly rate.

My Experience Working with Virtual Assistants in the Philippines

Like my outsourcing adventures elsewhere, I’ve found some amazing talent here — interspersed with some less-than-awesome experiences.

I’ve found workers on OnlineJobs with masters degrees in nursing and marine biology, who found it was more rewarding to work online.

One of my longest-running outsourcing relationships is with OkayRelax. I’ve been assigned several different assistants from the Philippines and they’ve all been above average.

Years ago, I used a recruiting service to try and find a full-time assistant but wasn’t impressed with the results. I was in a rush to fill the position and should have invested more time in training, but this person didn’t show much initiative in problem solving and didn’t show up to work when we’d agreed.

Now I’m testing a new design service and we’re off to a good start. My dedicated designer is fast to respond and incorporate feedback.

Which Filipino Virtual Assistant Company Should You Choose?

But despite the popularity of outsourcing to the Philippines, I don’t yet have a clear cut “favorite” company I refer people to. There are different “flavors” and different specialties depending on your needs.

The good news is that because of the robust VA economy, you have several options to choose from ranging from low-cost task-based services like OkayRelax, all the way up to full-time dedicated assistants — and everything in between.

Check out the reviews below to see which option is right for you.

Remote CoWorker is a virtual assistant company specializing in providing virtual assistants at competitive rates to entrepreneurs and businesses of all sizes all over the world. The company’s headquarters is located in Florida, U.S. All of their virtual staff work […]

WoodBows is a virtual assistant company based in the US. They also have offices in the UK, and their assistants are based in the US, Philippines, and India. WoodBows has been in business since 2015. VAA Exclusive! Woodbows is offering […]

FreeUp is a marketplace connecting pre-vetted virtual assistants, freelancers, and agencies in Amazon, eCommerce, and marketing. While their core customer base is within eCommerce and marketing, they work with many businesses outside of those spaces as well. Since launching in […]

Prialto provides remote administrative assistants to executives, entrepreneurs, and businesses. Our virtual executive assistant services are curated and managed from our headquarters in Portland, Oregon, with creative insights from our global staff in Asia and Central America. Prialto calls itself […]

VA Staffer is a Digital Marketing and Virtual Assistant Company with the majority of it’s team in their Makati City (Metro Manila) office, Philippines. The marketing, project success and consulting is operated in the USA, and VA Staffer has also […]

TaskBullet was founded in 2013 and has quickly become a leader in the virtual assistant industry. The company is owned and operated in the United States with the staff based in the Philippines. TaskBullet uses a unique “Bucket System” of […]

7 Virtual Assistant Services is a virtual assistant company with offices in the US, UK, Philippines, and India. The company started operations in 2015 providing virtual assistant services to doctors and realtors. They have since added a full range of […]

OkayRelax is a task-based virtual assistant company based in Tampa, Florida. The business was founded in 2015 with a mission to help busy people save some time and sanity. About Okay Relax OkayRelax operates on kind of a hybrid model […]

Virtual Staff Finder is more of headhunting service than a true virtual assistant company. Founded in 2010 by entrepreneur Chris Ducker, the firm promises to match you up with qualified workers in the Philippines. In my mind, Chris is right […]

OnlineJobs.ph is a Filipino job board that caters exclusively to remote online work opportunities. It was created in 2009 by Utah-based entrepreneur John Jonas as a way to connect the affordable Filipino workforce with business owners in North America and […]

Virtual Coworker is a remote staffing agency specializing in long-term full- and part-time positions. The company was founded in 2011 in Australia by Braden Yuill, a successful entrepreneur and outsourcing expert. Virtual Coworker works exclusively with virtual employees in the […]

123Employee is one of the largest outsourcing firms in the world, with more than 350 virtual assistants working with clients all around the globe. The company started its operations in 2006 with just ten employees, but has seen tremendous growth […]

IdeasUnlimited is a unique virtual assistant company headquartered in Texas (USA), with multiple call center locations in the Philippines and remote workers all around the world. The business was founded in 2010 and has grown to more than 350 active workers. […]

Hire Your Virtual Assistant – H.Y.V.A. for short – is a virtual assistant company founded in 2009 by Owen McGab Enaohwo. Enaohwo is a Washington DC-based entrepreneur who went into the business of helping others save time. If you watch […]

24Task is a virtual assistant company specializing in providing dedicated virtual assistants to small and medium-sized businesses all over the world. The company is based in the Philippines, with its headquarters located in Daet, Bicol Region. When working with 24Task’s […]

Outsourced.ph is an Australian based virtual assistant company with employees in both Australia and the Philippines. The company was founded by Mike Larcher, who has over 15 years’ experience in the digital space and also runs an award winning digital […]

Online VA Team is a virtual assistant company based in Michigan, US, with their virtual assistants being based in their remote offices in the Philippines. The business was founded in 2014 to serve a client base of entrepreneurs and small […]

Outsource School is a hands-on platform that gives you access to top training courses and resources created by successful 8-figure entrepreneurs. For a monthly or annual fee, you can access dozens of training courses. These courses outline all the processes […]

SupportNinja is a company that finds, recruits and onboard the perfect candidates for you and your business so you don’t have to The company is based in the Philippines and all the staff they recruit are based in their offices. […]