TaskArmy 2 out of 10 based on 6 ratings.
This post may contain affiliate links. Please read my disclosure for more info.

UPDATE: As of mid-2019, it appears TaskArmy is shut down.

TaskArmy is a task-oriented outsourcing marketplace that got its start in 2010. The company was founded by Aymeric Gaurat-Apelli and is based out of Sydney, Australia. Frustrated with the crowds and race-to-the-bottom price wars on Upwork, and the inherent inflexibility of Fiverr (everything must be $5), Gaurat-Apelli set out to create a new outsourcing platform.

Task Army is like Fiverr, in that people post what kinds of jobs they’ll do for you, but the price can be whatever they set.

In a few quick searches I found:

Shop around, because I’m sure the quality and feedback for each provider varies along with the price point.

For virtual assistants, I found a range of offerings, from $5 an hour to $17 an hour.  There were also some providers listing month-long virtual assistant jobs at $500-600/month.  I thought the selection was pretty weak, and then I learned that TaskArmy manually screens each provider so only the best and brightest have access to the platform.

In this sense, they’re similar to Staff.com in trying to create a more exclusive talent marketplace and create a point of differentiation between themselves and oDesk and other freelancing sites.

While you can find some providers focusing on longer-term work, the majority of listings are for smaller tasks as opposed to project-based work.

What’s the difference? Writing an article is a task; building a website is a project.

With TaskArmy, you can’t post your own task you want to get done. Instead, you’ll search the listings to find someone with the task-offering and skills you’re looking for. This is intentional, to prevent freelancers from bidding their prices down in an unsustainable race to the bottom.

So in the end, you might pay more than you would on some other sites, but in theory you’re dealing with a generally higher caliber worker and you’re spending less time trying to find them.

To encourage orders, Task Army has set-up a risk-free guarantee. Basically if you’re not happy with the results your freelancer has provided, you don’t have to pay. Can’t argue with that.

Have you tried TaskArmy? If so, please share your experience below and help others with their decision. 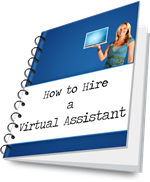