5 Delegation Mistakes To Avoid 0 out of 10 based on 0 ratings.
This post may contain affiliate links. Please read my disclosure for more info.

As a leader, there are always going to be times that you’ll need to delegate work to others. You can’t do everything yourself, and part of your position will require you to delegate that work to others. However, you do need to know how to delegate correctly, as if you make mistakes it can actually affect your team and their work. Here are some of the most common mistakes that you should avoid.

1. Not Delegating Your Work

The very first mistake you may be making is that you’re not delegating your work at all. As a manager, you’ll be handling a lot of important tasks and you’ll feel that you can’t hand any of them off. This will work in the short term, but over time it’s so easy to become overwhelmed with work, and have to constantly be trying to catch up with that to do list.

To avoid these issues and ensure that the quality of work doesn’t suffer, you’ll want to ensure that you are indeed delegating work. If you’re careful about who you pick to take on tasks, and ensure you’re delegating when you need to, then you’ll avoid issues that can arise from overwork.

2. Not Picking The Right Person For The Job

Once you’ve decided that you need to delegate a task, you’ll have to decide who will be the person to take it on for you. It’s vital that you pick the right person for each task. To be able to do this, you need to know your team well. Over your time as a leader, ensure you’re getting to know them, and understand their strengths and weaknesses.

When you know the team well, then you’ll be able to assign roles to the people best suited for them. That ensures success, and shows your team that you have an understanding of what they can do. That’s going to be beneficial for morale in your team as a whole.

Many tasks go downhill when you don’t delegate them with clear instructions. The staff member you’re delegating to needs clear instructions, so they know exactly what’s expected of them and what they need to do. You can avoid a lot of confusion when you’re clear in what you want from them.

When delegating, ensure that you’re outlining the outcome you want, the timeline for the task to be completed in, and the resources that should be used in the process. If you detail this all at the start, then it’s going to me easier for the staff members working on the task.

4. Not Monitoring A Delegated Task

Once you have delegated a task to a staff member, that doesn’t mean that you can release it entirely. While you won’t be working on it directly, you’ll still be responsible for it. As such, you’ll need to be monitoring that task and ensuring that it is done to the standard that you expect.

You’ll need to keep a balance between monitoring the task, and ensuring that you are letting your team work on it. If you get too involved, you’ll make it harder for the team to work and you’ll negate any positive effect that delegating the task had in the first place.

5. Not Knowing What To Delegate

If you know that you have too much work on your plate, and you don’t know what you should be delegating, then it’s hard to delegate anything at all. If you find it difficult, then you may not start delegating anything and that will create problems later on for you.

There are some tasks that will be better done by staff on your team, rather than having direct oversight. Low priority tasks, less important tasks that take time, or anything that you feel your staff can do better than you will be good tasks to delegate.

These are some of the mistakes that you’ll want to avoid when it comes to delegating work to your staff as a leader. Delegation will always be an important part of your work, and when you’re able to do so effectively you’ll be more efficient in your own work. 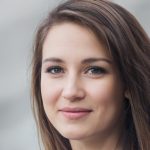 Author: Jenny Han is a writer with Boom Essays, where she covers topics such as outsourcing.